Get in touch with us ! 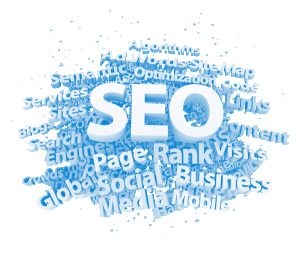 Search engine optimization (SEO) is a ranking technique which is widely used by companies and individuals to have strong existence on the internet and all over the world. SEO technique ranks up the website on search engines and enhances the visibility of more than millions of websites. For such a technique, several modifications come and go due to which there are numbers of SEO myth that have emerged in market. The common myths of SEO are as follows:

Requirement of Google Sitemap: People believe that having a Google sitemap will certainly helps them to enhance their ranking but it is not true. Professionals keep an eye on Google’s other Webmaster Central Tools rather than having a SEO friendly website which certainly gets crawled in search engine and brings effective results. As a result experts try to have a nice website as Google Sitemap isn’t going to get a better rank in any manner.

Frequently update website: Often updates on your website eventually increase the search engine crawl rate but it won’t be possible for professionals to get ranking. Wasting time in updating your website won’t help to get desired results so it’s better to concentrate on other effective practices of SEO to bring authentic things as Google like authenticity rather than changes.

PPC ads: Professionals even believe that running Google AdWords may affect their organic rankings and some professionals think that it may bring the current status down. Well it is quite difficult to determine a direct connection between a PPC campaign and organic rankings.

Ignorance of Google’s guidelines: Some professionals believe in practicing their own SEO techniques by ignoring the Google’s webmaster guidelines and think as if they can cheat Google. But you won’t be lucky in this case as Google bans the website which doesn’t follow guidelines and it can certainly spoil your hard work you did till date.

Use H1 for higher rankings: There are very few results which show that keywords in H1 tags actually affect rankings as a result till date this myth continues to spread. It is difficult to find the effect of H1 tags for higher ranking.

Use Meta tag words in Content as well: It is believed that using Meta tag words is in the entire content whereas the fact is that Meta keyword tag was actually prepared to be used for keywords that were NOT available on the page.